The world famous Parisian Pigalle basketball court situated in Paris, cramped in between housing has been lit up with new multicolor artistic visuals.  Next to the Pigalle brand, founder Stéphane Ashpool has collaborated with  Nikelab and Parisian creative agency ill studio to re-invent the court again.

The court got renovated and pimped up for the first time in 2009 by ill studio, Nike lab and Stéphane Ashpool.

Once in a while the court gets re-invented and it just recently got turned into a a grid of grape-colored gradients, sunflower-stained strokes, and bold blue hues that cover the court and walls.

We recently(May, 2017) visited the court and then it was still covered in the previous aesthetics. 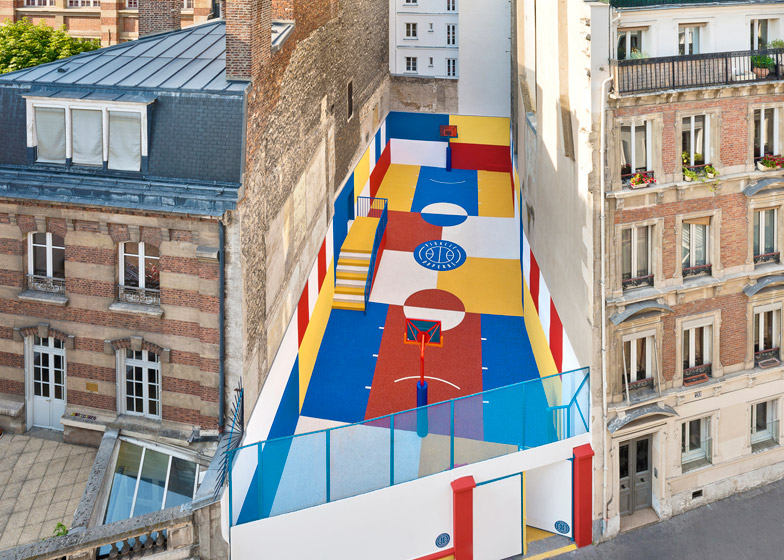 Stay in touch...
Your information will *never* be shared or sold to a 3rd party.