And we’re always happy to see new work by this heavily respected artist. Eventhough the mystique is unfortunately wearing off, due to the speculation of his identity being unveiled as being that of Robert Del Naja.

A new Banksy artwork has popped up at the barbican center. The barbicans art gallery is displaying the UKs first large scale exhibition(January 28th) on the american artist Jean-Michel Basquiat. Known for his artistic crown icon. 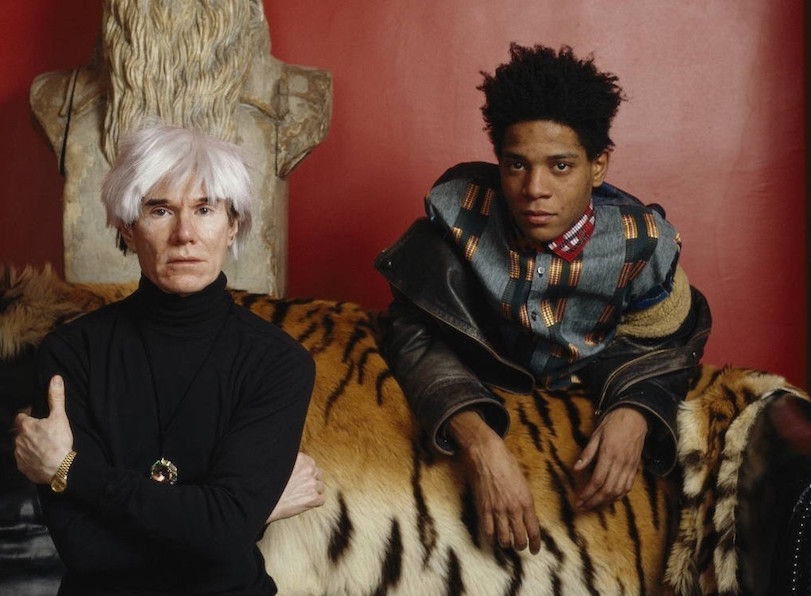 The artwork is conveniently overlapping the gallerys existing wall sign. It seems banksy places his artwork on the centers wall by way of an unofficial collaboration with the gallery to welcome visitors into the show. What’s funny is that it’s a place that is normally very keen to clean any graffiti from its walls.

Banksy is a woke critic of society and finds creative ways of conveying messages true his satirical and symbolic graffiti pop-art. He/She is an anonymous artist that is believed to be England-based and somewhat of a cultural icon to many.

in an earlier article we did on Banksywe spoke about a themed concept (be)musemend park he opened in the British seaside town of weston-super-mare named ‘Dismaland‘. The elusive street artist invited renowned creatives from across the world to create installations and exhibitions of their work.

For us this piece shows current rumblings around ethnic profilling by police and police brutality.

What are your thought about it?

Stay in touch...
Your information will *never* be shared or sold to a 3rd party.